Jude Lennon Shares Her Experience of Writing With Will! 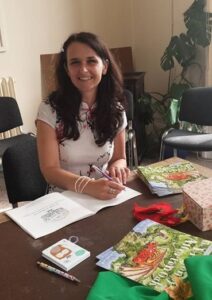 I often get asked why I want to be an independent author rather than attached to a big publishing house, writes British children’s author Jude Lennon. Now, if one of the big houses approached me with a fabulous deal I’d obviously consider it carefully, but until then I’m happy being indie. The reasons for this are many and varied but the one I’m going to focus on in this blog is choice.

As an indie author there is no faceless conglomerate making demands of me.

I have the final say on my illustrator, my title, my character names, my content. I decide which book events I want to do and when I need some  much needed time off.

But more importantly, I also get to choose projects and collaborations I feel passionate about. 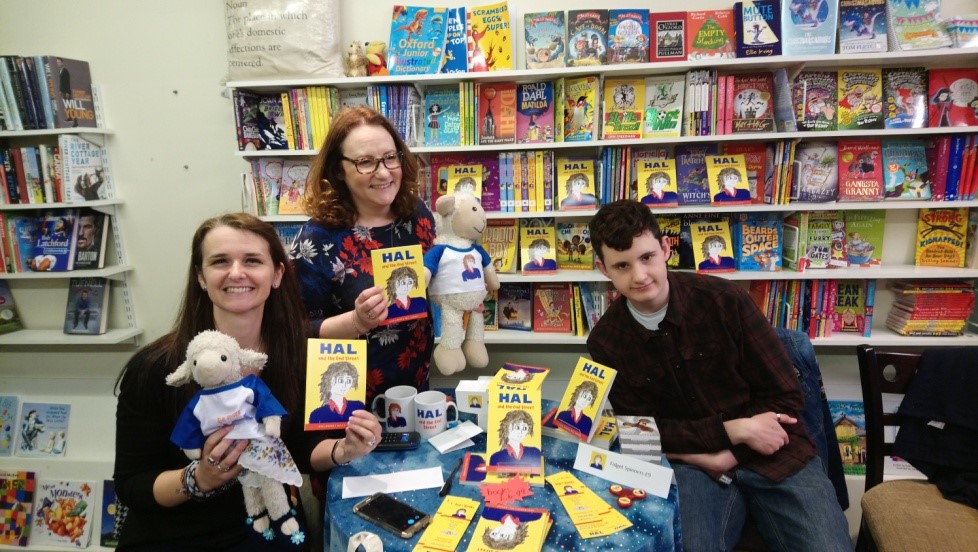 I’ve worked with several organisations on some brilliant projects, and I’d like to tell you about the most recent with Hal’s Books. Hal’s Books was set up by my friend Jane Hawkes. Jane’s son Will is autistic, and when I first met Jane over two years ago, we had a conversation about the possibility of working together. 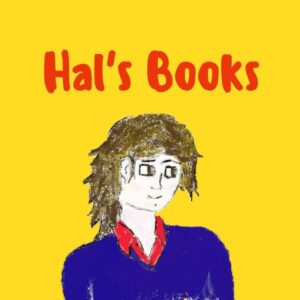 “When Will was learning to read, he’d felt very strongly that there were no books with characters he could relate to. He wanted to create a book with an autistic character and he would do the illustrations. Jane and I both agreed this would be fantastic.”

As a former teacher, I knew there was a gap in the market for books with autistic characters. We also saw an opportunity to make the book inclusive in other ways, such as a dyslexia friendly font and short chapters. Will had felt overwhelmed by the length of some books as a young reader.

The collaboration began with a meeting in a cafe where Will felt comfortable. I asked lots of questions about the  characters Will wanted in the story, their names, characteristics, ages and relationship with the main character who Will named Hal (hence Hal’s Books). Will was also forthcoming about the situations Hal would have to deal with in the book and how his autism would affect these decisions.

“Jane was amazed at the ideas that seemed to flow from Will and my pen was struggling to keep up with him. I left the meeting with a real sense of purpose and a clear idea about where the story should go.”

As the project developed both Jane and I knew that Will and his story would be integral to the marketing of the book. Will however was adamant about a few things. Under no circumstances would he: 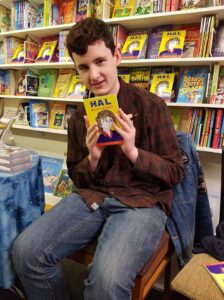 “And so, over the following weeks and months, with immense support and encouragement and taking things at Will’s pace we got him to step outside his comfort zone and achieve all of the above.”

A Change for the Better

Whenever I went round to Jane and Will’s, I could see a change in him. He was becoming more confident, more self-assured. He was making more eye contact and he was answering questions with ease.

“Will’s journey has been incredible. From a young man (he has just turned 17) who didn’t even want to be photographed, he has developed into a young man who takes Radio interviews in his stride, voluntarily answers questions about his book at launches and takes part in interviews for BBC North West.”

What a Difference Self-publishing Makes

Could I have been involved in this wonderful project with a traditional publishing house? Maybe, but it would have been on their terms and their schedule.

“Being an indie author meant that I could embrace this wonderful opportunity when the time was right for both myself and Will.”

Seeing how much this project has helped to shape Will over the last year has been truly rewarding. And I’m delighted to say our collaboration will continue as we work on book two.

This site uses Akismet to reduce spam. Learn how your comment data is processed.