We had never intended on writing a book!

It was a chance meeting between Jane Hawkes and children’s author Jude Lennon at a networking event that sparked an idea. That was to help Jane’s autistic teenage son, Will, to write a book.

You see when Will was growing up he never had books which he could relate to. There were few books available that had a main autistic character, so with the help of Jude he decided to create one.

Will had a story to tell and Jude carefully crafted it into a book suitable for 9 – 12 year olds. The first book Hal and the End Street was launched in April 2018 and was a great success, becoming no.1 best seller in it’s category on Amazon. Will was just 16 when he illustrated his first book. He was shy, anxious and constantly worried about not being good enough. A year later though having over come many hurdles in confidence and second book was published, a sequel, Hal and the Parties was published that follows Hal’s story to his 16th birthday and him going to college.

Right from the beginning it was decided that we were going to introduce a positive spin to our books to show how awesome individuals with autism can be, so our books are also ‘AWESOME ABOUT AUTISM’. You can find us using this hashtag on social media. #awesomeaboutautism 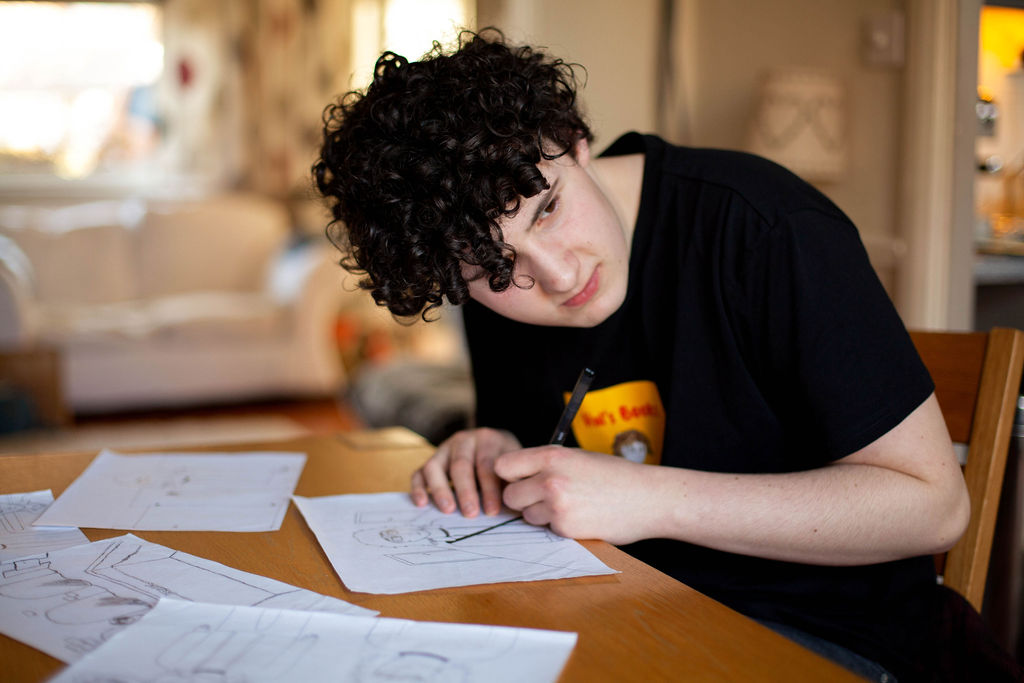